Learn to drive in our latest vehicle model.

Pass in this Opticruise and gain a FULL manual licence

Take a look around and see for yourself! 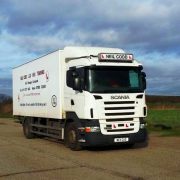 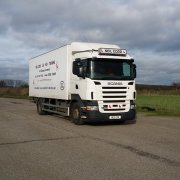 Reduced wear and tear on the vehicle, better fuel efficiency and increased driver safety all add up to a winning technology – Scania Opticruise.

It is a well-known fact that wear and tear increases in a vehicle when there are many different drivers. Some drivers ride the clutch while others hammer the gearshift into place.

Enter Scania Opticruise, a patented technology launched in 1995 that functions as an automated gearchanging system for manual gearboxes. Compared with a conventional automatic gearbox, the efficiency is higher with a mechanical gearbox. Opticruise selects the gear that provides optimum fuel economy. The technology has been found to save up to 10 percent of fuel for an untrained driver.

Because Opticruise changes gears the same way every time, wear and tear is inimised. Opticruise also saves the clutch by choosing the correct start gear.
“Evidence has shown that drivers drive more calmly and consistently with Opticruise,
and this saves fuel, the environment, tyres and brakes and at the same time increases driver safety,” says Mikael Hanson, head of transmission software at Scania.

The Scania Opticruise control is located on a lever on the steering column, which also controls the Scania Retarder (an auxiliary brake system), if fitted. In automatic mode, Opticruise chooses the best gear. It is simple and always possible to change gears manually with the lever. The clutch pedal is only used during starting and stopping, which reduces the number of clutch operations by 95 percent.

Another benefit of Opticruise is that it does away with the gear lever in the middle of the floor, thereby freeing up space inside the cab. More than 50 percent of Scania trucks sold in Europe have Opticruise.

As of Jan 23rd, changes are being put in place for the theory test...

Keep Updated With The Local And National Motoring News